Tod Hudson was a typical teenager. He liked girls, sports, food and tolerated his younger brother, Nash. In fact, he had his whole life in front of him--and due to his bean sidhe heritage, it was going to be a very long life indeed. And then the car accident occurred.

Suddenly Tod's future wasn't so sure, and he had to make a choice. Life... Death... or something Between....

Of all the Soul Screamers novella, this is my favorite one, and always will be. Reaper was amazing, and I enjoyed every second of it. It not only gave us a glimpse into Tod's mind, but it answered so many questions I had about the Hudsons' past.

While I enjoyed Reaper, this novella was painful to read. Why? It screamed "sacrifice", and it was heartbreaking. You're sure to see Tod in a new way after reading this. I just couldn't believe Tod gave up everything for Nash- it was just so unbelieveably sweet and selfless.

On a brighter side, this novella was full of Tod's sarcasm, and they often made crack up. Come on, who else makes jokes about Death? And in this case, I'm talking about it literally. Reaper was full of laugh out loud moments which never failed to lighten the mood.

Here's my favorite passage from the novella:

The reaper shifted in his seat, but made no move to stand. “That’s what you were buried in.” His careless gesture took in my stiff shirt and the pressed black pants I’d never seen in my life.

So yeah, I'm giving this 6 stars. It was the perfect quick read, and the fact that it was Tod narrating it probably helped. ;) It was the perfect blend of heartbreak and humor, and I couldn't help but wish this novella would turn into a full length novel.

Fourteen-year-old Maximum Ride, better known as Max, knows what it's like to soar above the world. She and all the members of the "Flock"--Fang, Iggy, Nudge, Gasman and Angel--are just like ordinary kids--only they have wings and can fly. It may seem like a dream come true to some, but their lives can morph into a living nightmare at any time--like when Angel, the youngest member of the "Flock," is kidnapped and taken back to the "School" where she and the others were genetically engineered by sinister scientists. Her friends brave a journey to Death Valley, CA, to save Angel, but soon enough, they find themselves in yet another nightmare--this one involving fighting off the half-human, half-wolf "Erasers" in New York City. Whether in the treetops of Central Park or in the bowels of the Manhattan subway system, Max and her adopted family take the ride of their lives. Along the way Max discovers from her old friend and father-figure Jeb--now her betrayed and greatest enemy--that her purpose is save the world--but can she?

By the time I had read this book years ago, I was pretty sure I already loved reading by then- this just made me love it a lot more. I'm thinking this is a YA book, but inspite of that, I think the Maximum Ride series is perfect for all ages.

This book had it all. First, there's adventure. TONS of it. You want a good fighting scene? There's loads of it. And suspense. You gotta love all the suspense that Max and her flock brings. And speaking of flock- James Patterson's imagination in this book was way cool. I've never read a book before about bird kids- children with avian DNA in them. And yes, I know that that's pretty impossible, but that's what makes the story all the more fun!

But what I really enjoyed about this book were the characters in it. From Max, to Fang, Iggy, Nudge, Angel and Gazzy, the way Patterson wrote the novel just made them so alive, so connection was pretty easy. Max is our awesome kickbutt heroine, and Fang, her broody sidekick, is pretty much her love interest/ resident snarky guy. And there's Iggy, the blind guy; Nudge, the chatterbox; Gazzy, the um, Gasman; and Angel... The creepy/adorable girl. And they all have awesome powers other than the ability to fly- mind reading, breathing underwater, speaking to machines, and the like.

So yeah, I pretty much recommend this to just about everyone, especially kids who are just learning to love reading. I speak from experience, since it was this book that made my little sister love reading!

I give this book 5 stars. It was a good introduction to the series, and really good for Patterson's first attempt at a children's/YA book. The plot is fast paced, and won't disappoint. (Though I'm not sure I can say the same for the later books, like Angel. It kinda felt like the series was being dragged out. I mean, I loved Fang- talking about the book here, but this applies to the character too, I guess- and all, but Angel- again, talking about the book- wasn't just that good anymore. But since I'm only reviewing the first book, that's a topic for another day.)

Soul Screamers #0.5- My Soul to Lose by Rachel Vincent: Review

It was supposed to be a fun day, shopping at the mall with her best friend. Then the panic attack started and Kaylee Cavanaugh finds herself screaming, unable to stop. Her secret fears are exposed and it's the worst day of her life.

Until she wakes up in the psychiatric unit.

She tries to convince everyone she's fine--despite the shadows she sees forming around another patient and the urge to scream which comes burbling up again and again. Everyone thinks she's crazy. Everyone except Lydia, that is. Another patient with some special abilities....

My Soul to Lose is the prequel novella to the Soul Screamers series, and I must say, it had the whole novella thing down! It was a quick fun read, and it did a perfect job introducing us to the Soul Screamers world. It revealed just enough hints to get the readers curious, but it managed to do so without revealing anything major. After reading this novella, readers are sure to pick up the next book!

What I loved the most about this novella was its mysterious air towards it. Kaylee, upon freaking out in the mall when someone dies- and forced to sing for his soul- is placed in a mental institute. I loved how Rachel Vincent just gave a glimpse into the series- we most definitely know that Kaylee isn't your average teenager- but what is she, exactly?

Kaylee goes though a hard time in the hospital- because she knows she not crazy. She proves her strength to us, that she's not just some TSTL heroine, but one kick ass one, as she proves repeatedly over the course of the series. She's able to hang on to her sanity, despite being locked up with the crazies, and make it through the whole ordeal.

And that ending! I've got to say, that was one eerie ending. Mildly disturbing, but nothing too serious... In a good way. :) Lydia, I have got to say, is one of the most freaky characters out there! But for those who haven't read the series yet, watch out for her reappearance. She's more important that Rachel lets on. ;)

5 stars to this novella! When I first finished reading My Soul to Lose, some of my questions were answered. But so many new ones emerged. I was hooked, right from the very start. And two novellas and five full length novels after, I still am. So, totally hooked. And I'm loving every second of it! :D

Soul Screamers #4- My Soul to Steal by Rachel Vincent: Review

Trying to work things out with Nash—her maybe boyfriend—is hard enough for Kaylee Cavanaugh. She can't just pretend nothing happened. But "complicated" doesn't even begin to describe their relationship when his ex-girlfriend transfers to their school, determined to take Nash back.

See, Sabine isn't just an ordinary girl. She's a mara, the living personification of a nightmare. She can read people's fears—and craft them into nightmares while her victims sleep. Feeding from human fear is how she survives.

And Sabine isn't above scaring Kaylee and the entire school to death to get whatever—and whoever—she wants.

This is the fourth book in the Soul Screamers series- one that involves a fresh new character, Sabine Campbell. To be honest, this is the book I like the least in the series. This review is gonna be a mix of positive and negative points- but to get it off my chest, here's the negative part first:

Sabine and Kaylee and Nash's love triangle made want to strangle them. Yes, blunt I know, but I am not a fan of love triangles. But it didn't help that I was no longer Team Nash- kinda hated him a lot by that time- so the fact that Kaylee wouldn't let him go just frustrated me to no end. I just wanted to scream at her, "For God's sake, give it up! Nash does not deserve the both of you fighting over him! Let Sabine have him, and go grab Tod before I do!" Yup, by then, I was already Team Tod, and I already wanted them to end up together.

But otherwise, it was okay. Sabine was an interesting character, and Rachel Vincent wrote her part so nicely I couldn't help but hate her. Funny way of saying it, I know, but it's true! Seriously, I despised that mara and her big mouth. Though I have to say, I did enjoy reading her and Kaylee's not-so-tame banterings. Err, wrong word. More of cat fights. ;)

So yeah, it was an okay read. While it honestly kinda disappointed me, I still enjoyed it. The climatic ending was unexpected, and really surprising too! Though I do believe that it's Rachel's fault for making the series so amazing that my standards got raised really high though. :) However, I believe this book in vital for the next books to come, and a really important plot turner. 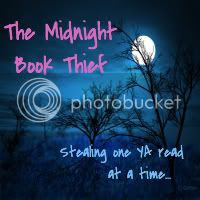 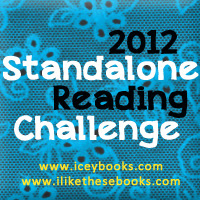 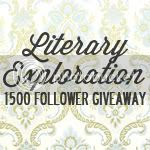 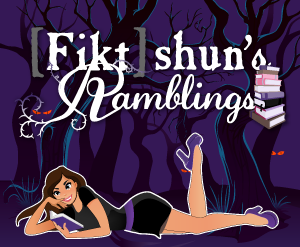 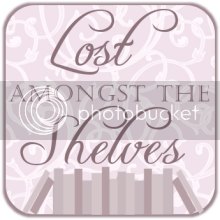